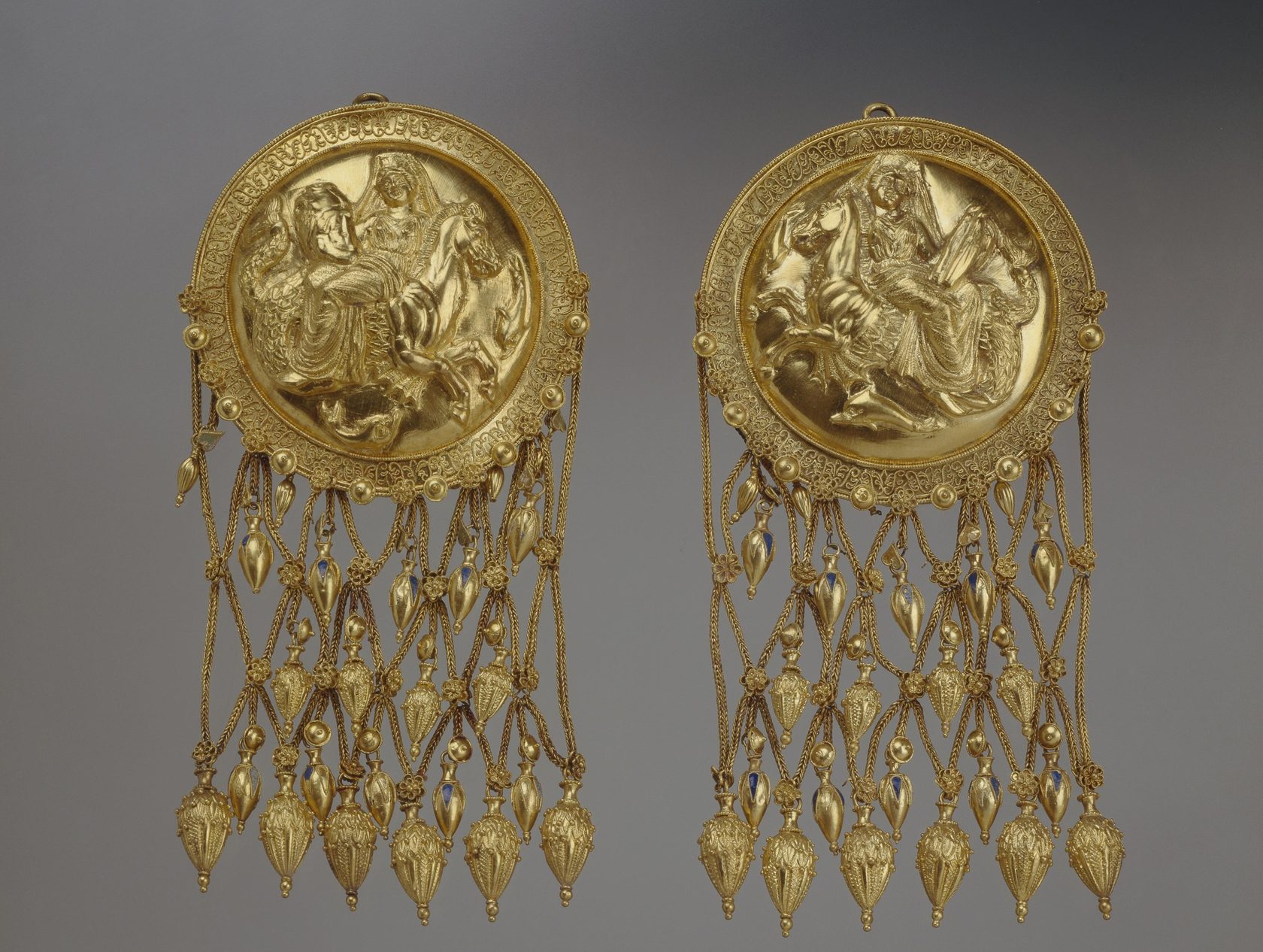 Temporal pendants engraved with representation of Nereid riding a sea-horse. Bosporan Kingdom, IV century BC © State Hermitage Museum, St. Petersburg
Varvara Busova (b. 1990, Leningrad) graduated from the Department of Archeology of Saint Petersburg State University in 2014. She has taken part in international archaeological conferences in Beijing, Oxford, Barcelona, Paris and Vilnius; was awarded the prize of the School of Young Archaeologists CIS; and won of the RSCI competition for support of young scientists.

Busova has previously worked as a research advisor for preparation of the Polytechnic Museum's exposition, and participated in the reconstruction of horse headdresses of ancient Altai nomads based on materials from the archives of the State Hermitage Museum. She has studied the Mesolithic settlement near the city of Ryazan; the Roman baths in the National Preserve of Tauric Chersonesos; the Paleolithic site in Pushkari; the architecture of the Church of the Tithes in Kiev; the moats and ramparts of Rurik's Hillfort near Veliky Novgorod; and the Scythian kurgans in Tuva Republic. Her research interests include interdisciplinary approaches to working with archaeological materials.

The projects Varvara has worked on include: the archaeological diorama for the Russia Does It Itself exhibition (The Polytechnic Museum, 26 Pavilion, Moscow, 2013–14); organising an educational excavation site for the children's camp of the Polytechnic Museum (Guslitsa Art Estate, Moscow, 2015); participation in the development of the Museum of Nature and Man concept alongside KONTORA architectural bureau (Arkaim, Chelyabinsk Region, 2017–18); The Museum of Material Culture exhibition in partnership with curator Oleg Borodin (the high-rise on Kotelnicheskaya Embankment, Moscow, 2018).

She lives and works in Saint Petersburg. 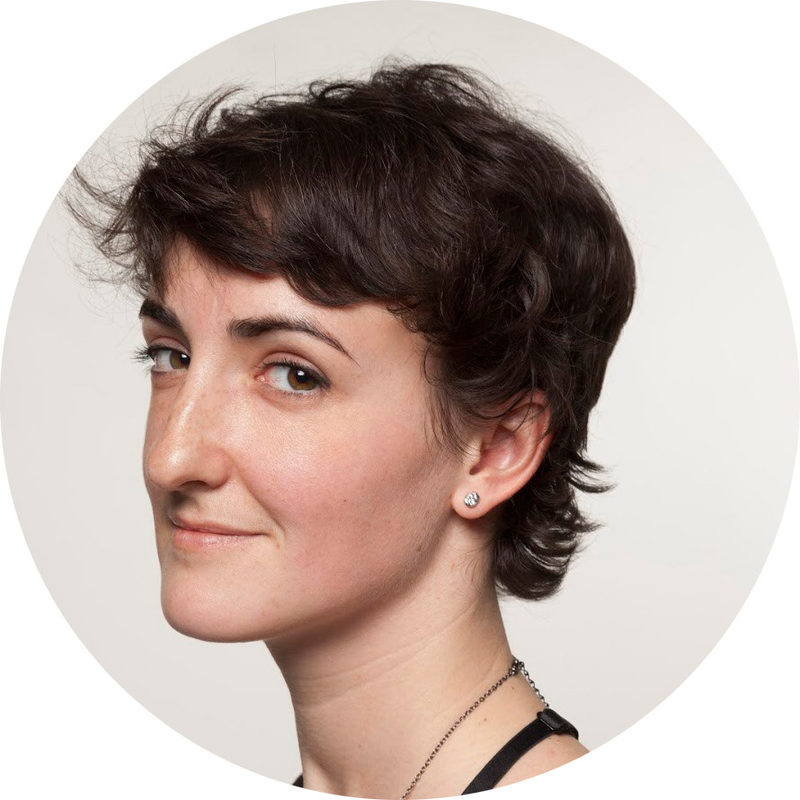