Maria Arendt is to become a new participant in the Golubitskoe Art Foundation's residency programme.

Maria Arendt (b. Moscow, 1968) is a painter, graphic artist and illustrator. At the age of 6, she took part in the avant-garde 'flat exhibition' hosted by Nikolai Andrievich. Since 2009, Maria has been a regular participant in the Moscow Biennale of Contemporary Art special projects. Her works are now held in the collections of the largest Russian museums: the State Russian Museum, the State Tretyakov Gallery, the Shchusev State Museum of Architecture, as well as in museums and private collections in Italy, France, England, the US and Canada.

Maria Arendt comes from the Arendt dynasty, which included her grandparents: Ariadna Arendt who was a pupil of Vladimir Favorsky and Vera Mukhina, and Meir Eisenstadt. In addition to artists, the Arendt family gave the world two eminent doctors: Nikolai F. Arendt, court physician during the reign of Nicholas I of Russia who also treated Alexander Pushkin and Mikhail Lermontov, and Nikolai A. Arendt, who was also fond of aeronautics and even wrote several works about hang gliding.

The artist is best known for her embroidery and exploration of the possibilities of this medium in representing architecture. Maria Arendt is on her way to the Taman Peninsula to embark on an experiment with new formats, new materials and a more personal approach.

Maria's project that started in Crimea back in 2007 and is closely linked with her family history, comprises painting on ceramics: the roof tiles of the Arendts' house in Koktebel as well as fragments of antique pithoi.

The study of clay as the essential building material throughout different periods on the Taman Peninsula, its temporality, the endless circulation of the material between different civilisations that have left their mark on this area is the starting point for Maria Arendt's project at the Golubitskoe Art Foundation.

Arendt says, 'From an artist's standpoint, this subject is extremely fascinating. Easy-to-build temporary architecture fusing with the remnants of ancient civilisations – it is some a window into the past.' 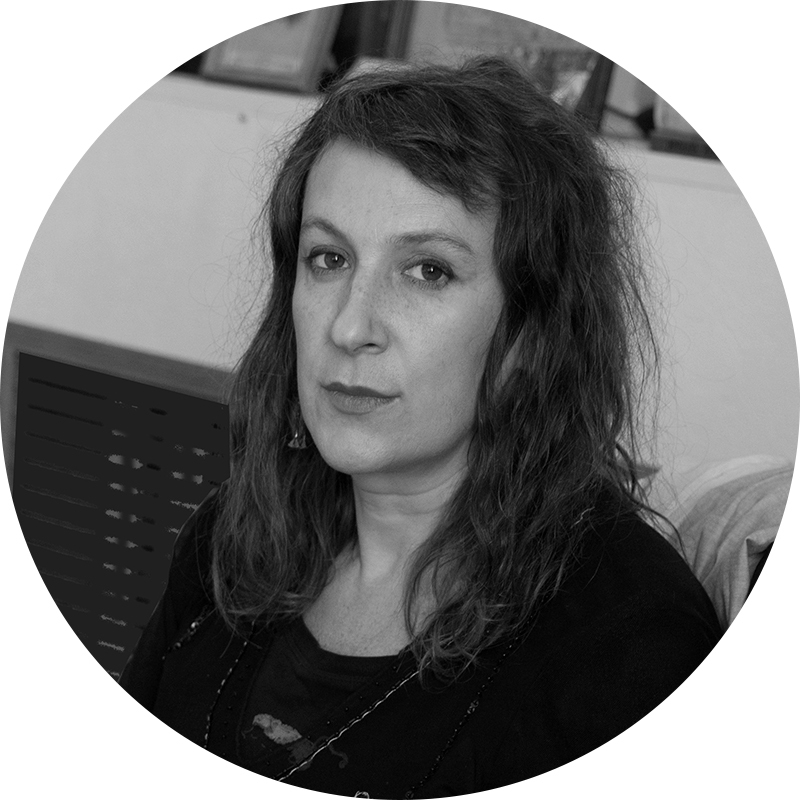