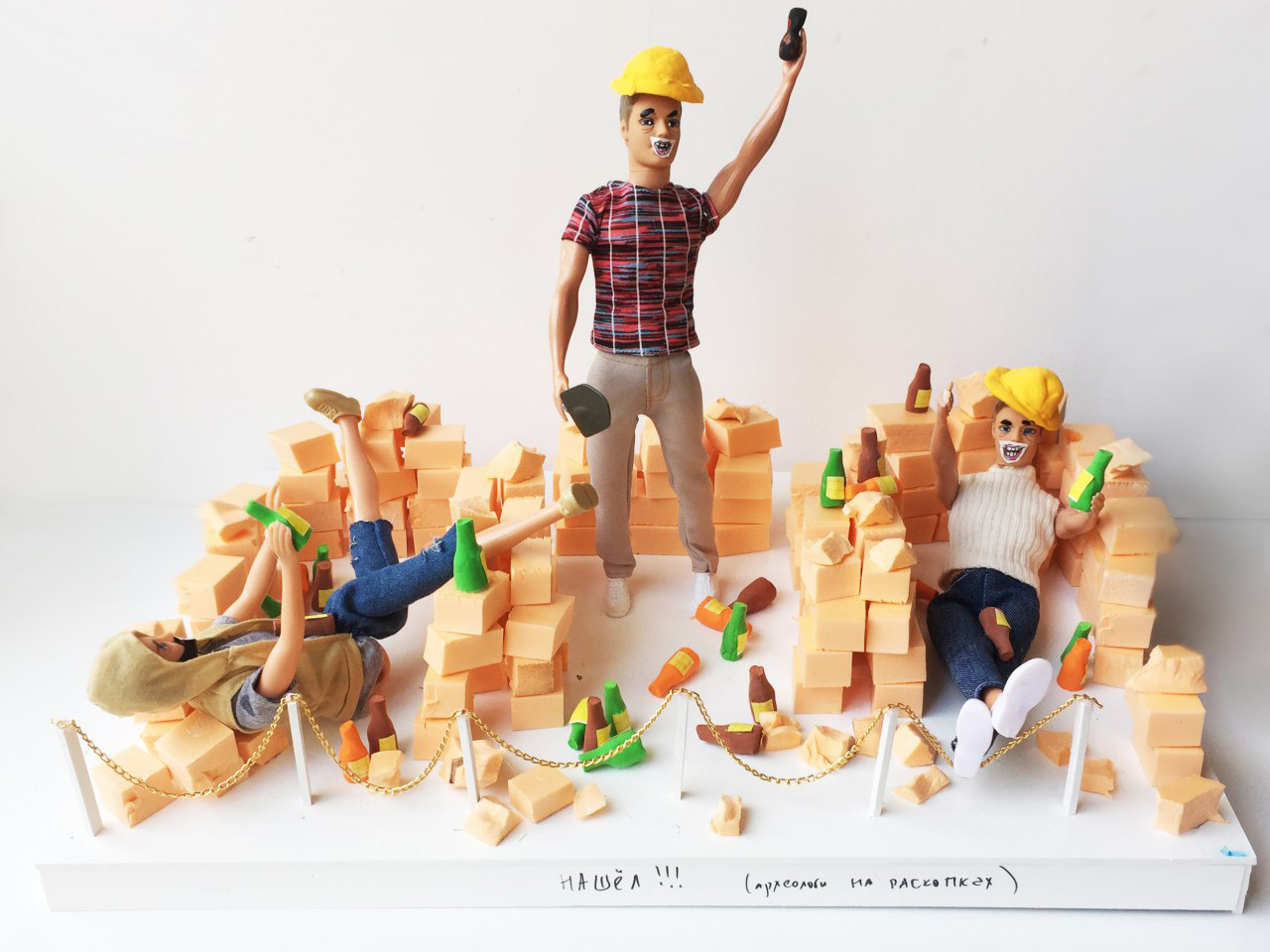 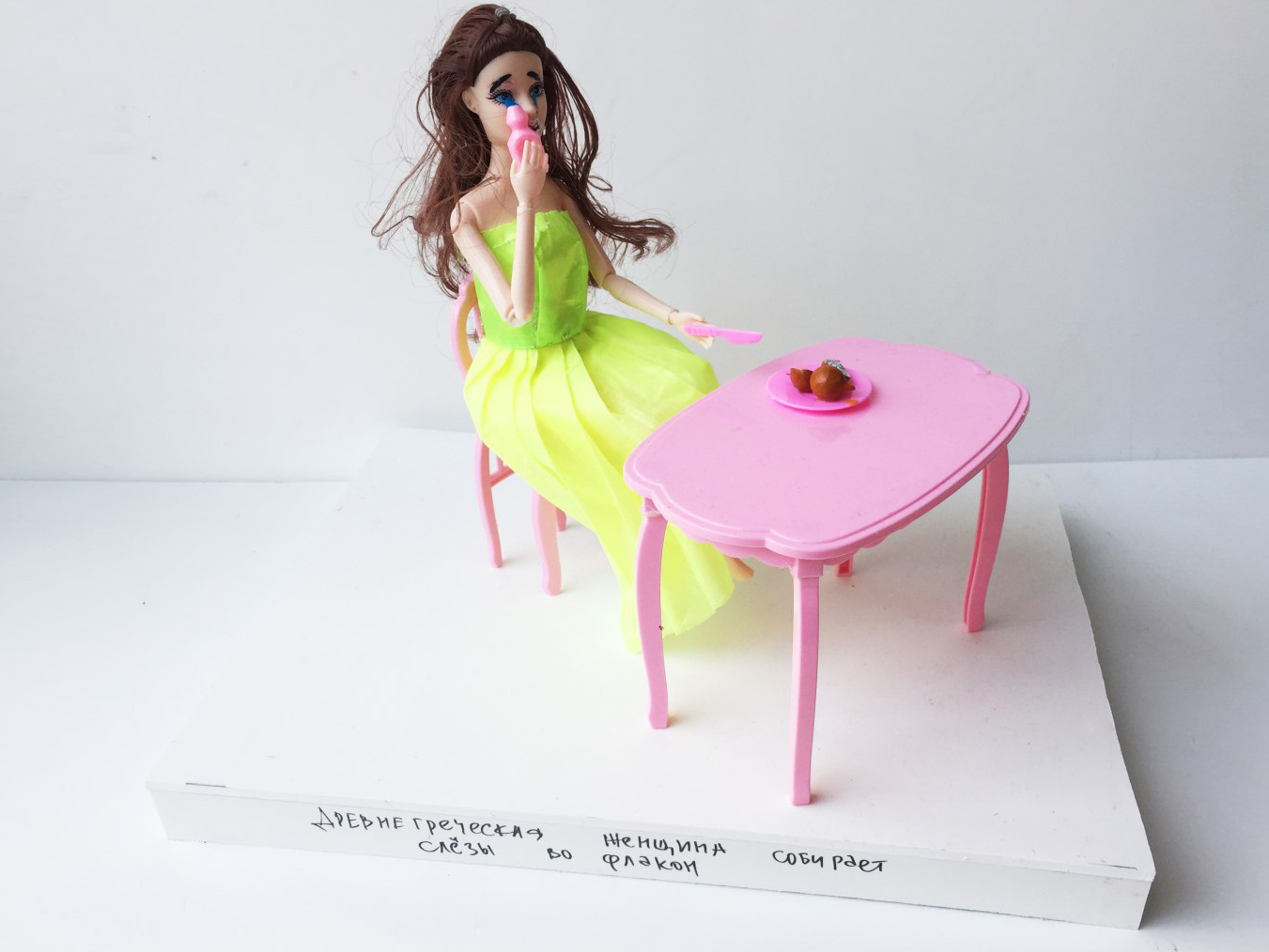 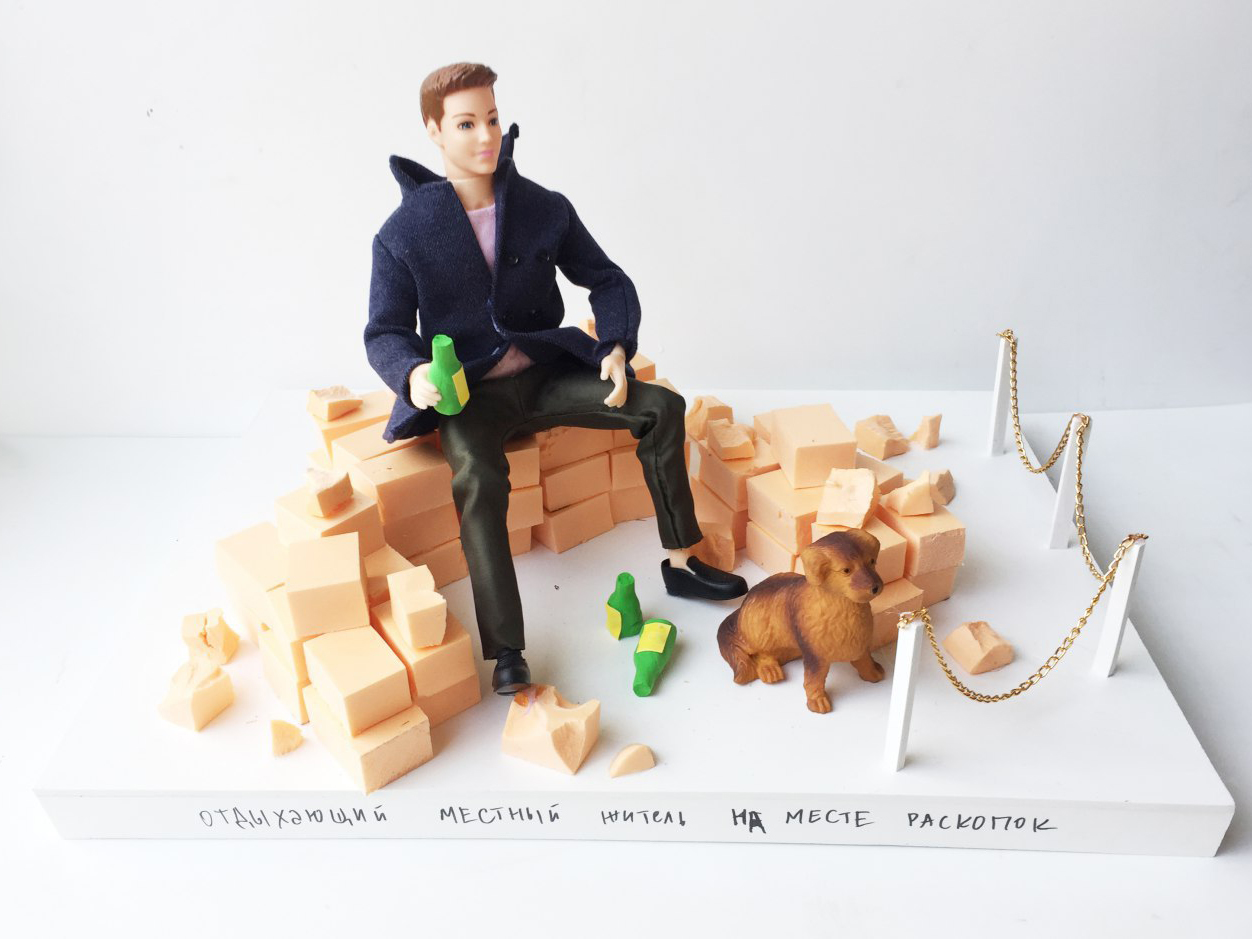 Lyokha G.'s works are a meditation on the world around, with all its absurd manifestations, which takes the form of assemblages and installations from found objects or children's toys. Through the artist's humorous and ironic gaze, the viewers get a chance to reflect on painful events in their lives and on the way people conduct themselves in society and the world at large.

As a purely punk gesture, Lyokha G. rails against the consumerist valuesof today's society by reusing items that it sent to the rubbish bin.

'The expanses of the Taman Peninsula, sun, sea, historical day trips and a friendly attitude towards an artist (that is to say, me) put one in the mood for being creative. In a way, these parts resemble Primorye. And it made me feel at home,' says Lyokha G.

Following his stay at the Foundation, Lyokha G. put together a series of works rooted in his impressions from getting to know the historical heritage of the Taman Peninsula, its nature and from observing the daily life of local residents. 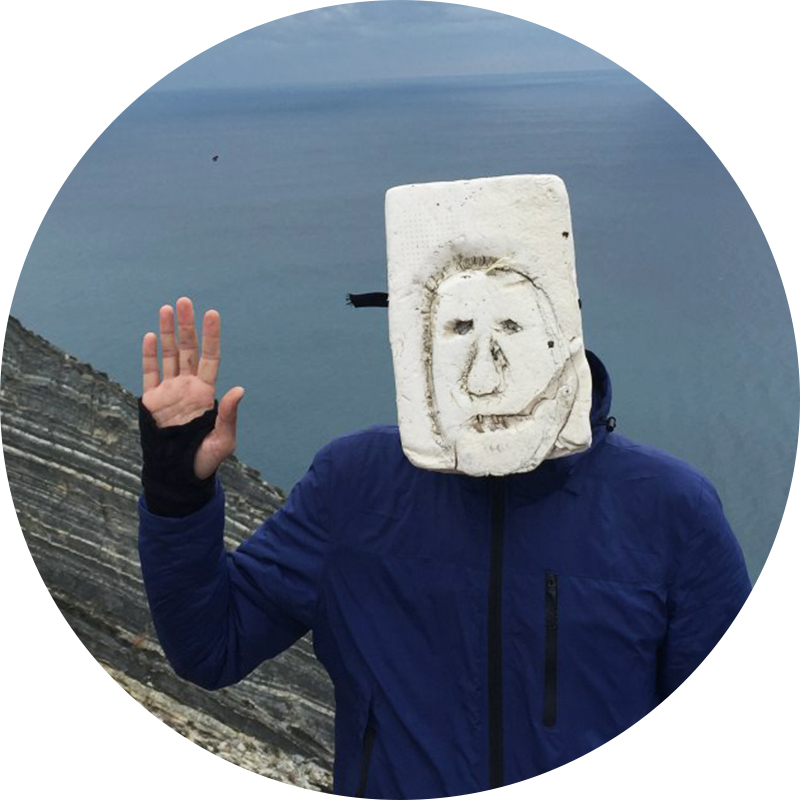 Lyokha G.
#SpecialGuest
Residency
Lyokha G. Winemaker looking for the most refined grapes. 2021
Lyokha G. Residents Adjusted to Local Winds. 2021
‘Ideas based on local scenarios, e.g.: persistent winds and how to get adjusted to them; immoral behaviour of holidaymakers and their unreasonable arrogance.’
Lyokha G. Dolphin explaining to swimmers why it's bad to pee in the sea. 2021
Lyokha G. Hunt for a Rare Wild Cat. 2021
‘About rare local animals, e.g. the wild cat, that narrow-minded people are prepared to wipe off the face of the earth merely for fun or for their exquisite fur and meat.’
Lyokha G. Wild Cat Lures Domestic Cat Into the Forest. 2021
‘A guide in one of the museums told me stories from her life, including one about a wild cat that they believed to have tamed that later presumably lured their domestic cat into the forest.'
Lyokha G. ‘It’s my fortress!’ ’No, it’s my fortress!’. 2021
‘The fortress of Anapa constantly exchanging hands over decades demonstrates a childish unwillingness to coexist peacefully.‘
Other participants