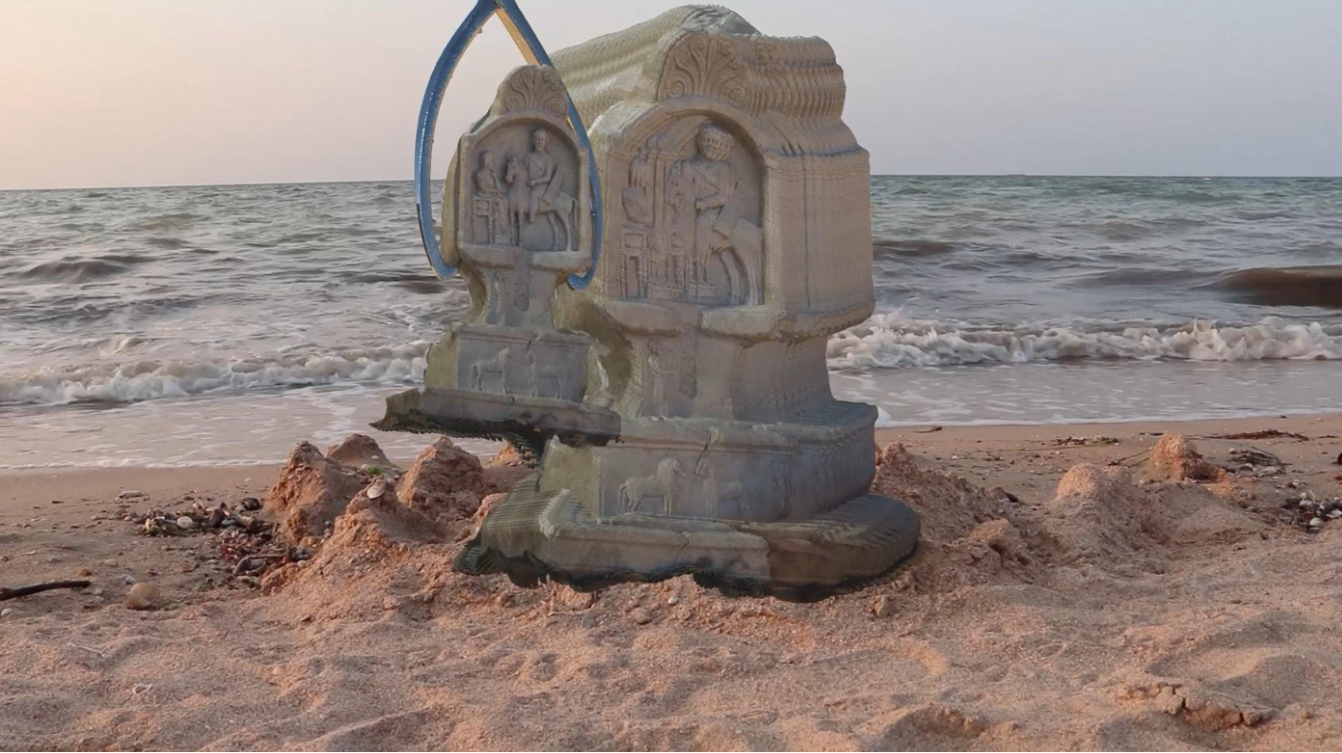 In the 21st century, archaeology has, to an extent, faced an identity crisis: once a romantic profession of pioneers, it has become one of the tools for the industrial development of the planet. An archaeologist's shovel helps to study the history of humankind, but the fully surveyed site ceases to exist; its resources are finite. The excavation of a burial mound or a settlement means its destruction and inaccessibility for future generations – it only continues to exist in the form of plans, photographs, scientific articles and 3D models. The archaeological community holds regular discussions on the necessity of surveying every detail of the site, but they have failed to reach a consensus so far.

An archaeological site is a finite resource, an underground deposit of invaluable information that is worth being preserved provided it is not threatened with imminent destruction. Some believe that there will be no need to excavate sites in the future as scientists will be in possession of more advanced methods for obtaining information. Today, industrial activities and incorrect archaeological excavations as well as metal detectorists catering for antiquities collectors threaten the heritage of the past (Fagan, DeCorse, 2007: 46-47). Some believe still that we need to get there ahead of them. At the same time, in the last 50 years we have seen a rapid development of non-destructive, or non-invasive, archaeological survey techniques (X-ray fluorescent analysis, radiography, the use of GIS and remote sensors, geophysical methods), which instils a certain sense of optimism.

Over the course of his residency at the Golubitskoe Art Foundation, artist Mikhail Maksimov visited archaeological museums and excavation sites in Taman and decided to raise awareness about the issue of 'the beneficial possibility of not discovering certain archaeological sites'.

In his own words:

'Oftentimes, scientists regard the discovery of an ancient object as a success, and from this moment on starts the selfless process of "rescuing" the object, which otherwise would have still been inside the earth, safely tucked in the soil. I would like to raise the issue of the relevance of the extraction of architectural monuments, given the rapid development of analysis technologies, digital scanning, DNA tests, etc. [...]

To this end, I have made a three-part video, in which I compared archaeological work with the work of an obstetrician removing a fetus ahead of time and using medical instruments designed to destroy it. In this work, I conducted 3D scanning of the finds from the main archaeological museums of Taman and also used footage of the most short-lived archaeological finds – children's sandcastles on the beaches of the Sea of Azov.'
Residency
Exhibitions
Events
#MikhailMaksimov
About the artist:

Mikhail Maksimov (b. 1974, Moscow) is a Moscow-based artist, alumnus of the Rodchenko Moscow School of Photography and Multimedia. Maksimov explores the possibilities of mapping potential realities. He uses software technologies and computer games to create scripts that put ideological and philosophical theories into action, which is his way to test-drive possible worlds.

By adopting a digital interface as an intermediary between the manufacturer and the consumer, Maksimov uses 'transmedia storytelling', a type of narrative that exists across a range of formats, from film to installations to smartphone apps. Maksimov believes that, as computer games are modelled on reality, animation and interactive graphics can be used to change reality itself.

Mikhail Maksimov is the winner of the Ultra Short Film Festival (ESF, 2012); winner of the Kansk Video Festival (2015,) in the Best Russian Short category; recipient of the Gold Taiga prize, the Spirit of Fire International Debut Film Festival (2018). Has participated in the Manifesta 10, the 71th Locarno Film Festival (Switzerland, 2018), the 35th Hamburg Short Film Festival (Germany, 2019), Riga Biennale of Contemporary Art (Latvia, 2020), Venice Biennale of Architecture (2021). His works can be found in the collections of the NCCA and Multimedia Art Museum, Moscow as well as private collections.
Mikhail Maksimov. Lossless Archaeology. Video, 3:27 min. 2021. Photo: Ivan Erofeev
Other news